It was Love at First Sight 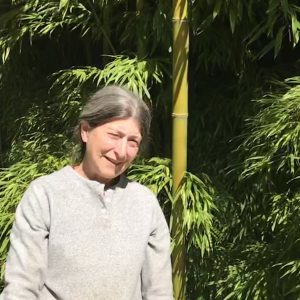 Seeking a lifestyle that was more connected with the land, natural resources, and seasons, Anne Schwartz headed west in 1975. Initially destined for California, Anne stopped in Sedro-Woolley, WA to visit friends from Rutgers who found work in the timber industry after Forestry School. “It was love at first sight,” she describes her immediate connection to Skagit Valley. Anne and her husband, Mike Brondi, both had grown up in New Jersey. Most of their family and classmates were destined for jobs where you do the same thing day in and day out for 50 weeks out of the year and then you have your two weeks of vacation. They knew that lifestyle was not for them. “Coming to the Skagit Valley from New Jersey was literally like falling into paradise in 1975. It was really easy to find work, the people were so welcoming and friendly; people were really nice to each other.” Anne worked seasonal jobs off and on in the Skagit Valley while also studying Animal Science at Washington State University. She worked sorting potatoes, in the bulb fields for Lafeber Farms, and at a veterinarian clinic in Mount Vernon under Dr. Ray Bradberry.

Anne had initially planned on attending Veterinarian school, but after finishing up her degree at WSU was unable to get into the Veterinarian Medicine program which accepted very few women. Anne landed a job working for John Mower, a dairy farmer, at the Northern State Complex in Sedro-Woolley. After about a year working at Northern State, Anne began to work for Gene Kahn at Cascadian Farms, an organic farm just east of Rockport. Anne worked at Cascadian Farms for about 11 years. She was drawn to the concept of organic farming while back at WSU. During her time at WSU, in the 1970’s, farms were getting larger, soil erosion was a huge concern, and the demand on the natural resources to produce crops was becoming noticeably devastating to the environment. Anne was drawn to organic farming as an alternative way for food production that was more in line with her values.

A former Vietnam War activist and a women’s rights activist, Anne turned her activism and focus onto the food industry. Specifically, True Cost Accounting within the agricultural industry which takes into consideration social and environmental impacts when determining the cost and benefits of a crop. The current economic system does not take into consideration the upstream and downstream social and environmental costs of our resource use. It does not assign a value to the potential of pesticides leaching into aquifers which are relied on for drinking water, or bacteria and nutrient runoff associated with Concentrated Animal Feed Lot Operations causing significant damage to the air quality and the environment when not properly managed. Nor does the cost of food portray the low wages of migrant workers or the health implications associated with exposure to pesticides and toxic chemicals. 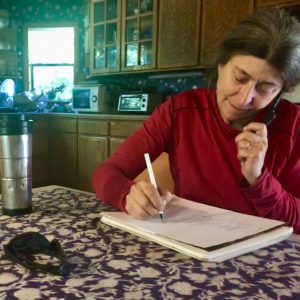 Anne has lived in Rockport for the past 40 years where she manages her organic farm, Blue Heron Farms. She has devoted her free time to changing food and ag policy, including co-chairing and chairing a national committee to develop national organic livestock standards, helping to write and pass the Organic Labeling Law in Washington State, assisting in Oregon and California to harmonize West Coast organic standards, and has sat on an advisory committee to several Deans at WSU’s College of Agricultural, Human, and Natural Resource Sciences. In her 40 plus years in the agriculture industry within the valley, her takeaway on the agricultural system is that we can not afford to lose any more farmers. She sees organic farming, including her own farm, as guinea pigs on how to produce food sustainably. When asked what the average Skagitonian can do to ensure farming stays in the valley, her response was quick, “Buy local.” Its as easy as that…

According to WSU, the organic farming industry within the Skagit Valley consists of 7,917 acres with more acreage in transition to organic. The value of organic production in Skagit County is $26,900,000, making it the leading organic agricultural producing county in Western Washington. (s3.wp.wsu/edu) Produce from Blue Heron Farms and other organic farms within the valley can be purchased at Skagit Valley Food Co-op, various farmers markets throughout the valley, and CSA or Community Supported Agriculture subscriptions.