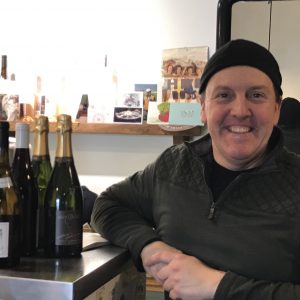 If you love seafood, then you know the Skagit Valley is a special place to enjoy the bounty of the Sea. John DeGloria, owner of Slough Food in Edison, celebrates the seasons through food. Winter is oyster season, summer is for Dungeness crabs, and in the fall, salmon is king. The access to fresh, healthy food harvested locally is something worth celebrating.

For John, what makes the Skagit Valley so special is the farmland. The Skagit Valley’s fertile soil is a result of thousands of years of the Skagit and Samish rivers flooding their banks and weaving across the valley while depositing nutrient rich soil along the valley floor. “You don’t really have to seek out good organic food here, it’s pretty easy to come by” John said about the abundance of fresh food from the valley. Today, there are over 200 commercial crops produced within the Skagit Valley, worth nearly $300,000,000 annually. (WSU 2017 Skagit County Agriculture Stats) 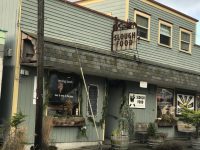 John opened Slough Food in Spring of 2004, the restaurant provided him an opportunity to lay down roots in the valley. The restaurant is located in Edison with a beautiful courtyard that overlooks the Edison Slough. On the menu, you will find meats, cheeses, wines, hot sandwiches, and soup; combining old world delicatessens with Skagit’s bounty.

The prosperity of Skagit’s agriculture is celebrated through special events at Slough Food such as a crab roll party in the summer and monthly oyster parties throughout the winter; as well as home-made daily soups made from fresh produce from the valley. In the year prior to opening his restaurant, John worked various jobs as he was laying down roots. He worked in the fields of Beth Haley’s farm weeding, planting, and rototilling; did field labor and sold produce at local farmer’s markets for his friends Nate and Shannon at Frog Song Far down on Fir Island, sold bread from Breadfarm at the Bellingham Farmer’s Market, and even did a season as a beekeeper’s assistant. When asked if John thinks people who live in the Skagit Valley take anything for granted, his response was the farming. 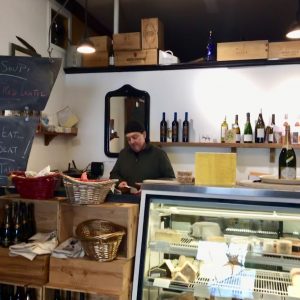 The prosperity and abundance of natural resources attracts people to the Skagit to visit, recreate, and live. “The valley draws people because it’s natural, it’s comparatively undeveloped and clean,” said John. People come to view the bulbs in the spring, pick strawberries in the summer, and view the birds in the winter. Preserving the valley’s agriculture and scenic beauty is at the heart of many organizations, from Skagitonians to Preserve Farmland to the Skagit Land Trust, we are all working together to keep the Skagit Valley a special place.