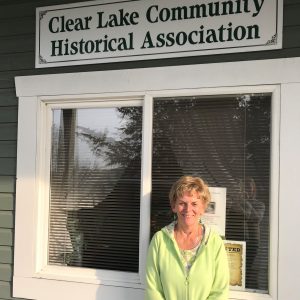 Imagine growing up in a logging camp across the Skagit near Hamilton. Your house was a railroad car, the only way to access modern civilization was to take a ferry ride across the Skagit River. This was normal life for the first three years of Deanna Ramey Ammons, a life-long Skagitonian.

Deanna’s parents, R.L. and Mary Ramey, along either their two children, moved from Franklin, North Carolina to the Skagit Valley in 1943 following her Aunt and Uncle Irene and Dee Hodgin who had moved out a few years prior. “There was plenty of work at that time in the logging industry because most of the young men had joined the service” Deanna recalls as to why her family headed west. “The wage back in the early 1940’s for a logger was $8.25 a day and the house they initially rented in Hamilton, WA was $3/month. Shortly after she was born, Deanna’s father became the caretaker of Skagit Log, and independent logging operation, so her family moved across the river from Hamilton where they lived for three years in a railroad car.Deanna recalls memories of living in the camp, “We had no electricity and no running water. There was a generator in the camp that they ran for one hour from 5 to 6 PM which provided electricity for that short amount of time. After the generator stopped running, we used kerosene lamps for lighting.” 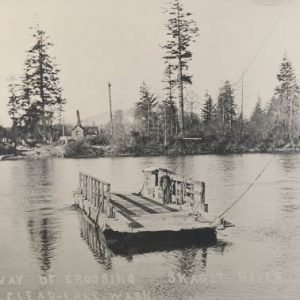 Ferry across the Skagit River – courtesy of Skagit County

Her family saved enough money for a down payment on a 40-acre farm on Potts Road in the community of Day Creek in the fall of 1947, Deanna lived on the farm until she graduated from high school in 1962. She  married Don Ammons later that year and moved to Clear Lake where she still resides. The logging industry was generational in Deanna’s family, her father logged for over 30 years, her husband has worked in the industry, and his father was also a logger. Deanna has lived in Clear Lake ever since getting married and moving from her family’s farm, she worked at the post office for 35 years, the last 15 as the Postmaster. She loved every minute of her career at the post office, like many small unincorporated towns, the Post Office at Clear Lake was a place to meet people and share stories. Deanna even has kept a list at the post office since the 1970’s of what day the Trumpeter Swans return to the Valley each year; its always in October. 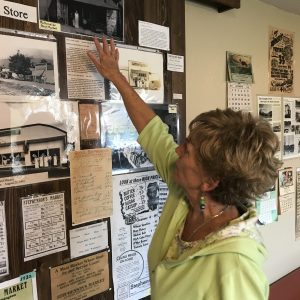